A common skin problem, yet a poorly understood disorder of the facial skin that is estimated to affect well over 16 million Americans and many of them don’t know they are suffering from it.
Becoming more widespread as the populous baby boom generation enters the most susceptible ages.
A Gallup survey found that 78% of Americans have no knowledge of this condition, including how to recognize it and what to do about it.

Because of its red-faced, acne-like effects, it can cause significant psychological, social and occupational issues if left untreated.

Dependent upon the severity of the issue it can truly effect someone’s daily life, self-esteem and self-confidence may be lowered due to not being able to feel “themselves” in public.

Although, the cause of Rosacea is unknown and there is no cure, today help is available to help control the signs and symptoms.

Observations show that it typically begins any time after age 30 as redness on the cheeks, nose, chin or forehead that may come and go. Rosacea may also occur on the neck, chest, scalp or ears. Over time, redness tends to become ruddier and more persistent, visible blood vessels may appear. If left untreated, bumps and pimples often occur, in severe cases the nose may grow swollen and bumpy due to excess tissue; also called “rhinophyma” (pronounced “rhi-no-FY-muh”), giving the late comedian E.C. Fields his trademark bulbous nose.
Many Rosacea patients find the eyes are also affected, feeling irritated and appearing watery or even bloodshot.
Rosacea can affect all segments of the population, most with fair skin who tend to flush or blush easily are believed to be at greatest risks. This disease is more frequently found in women, but more severe symptoms tend to be seen in men — the thought behind this is perhaps men often times delay seeking medical treatment or help until is reaches advanced stages.

WHAT SHOULD YOU LOOK FOR?

Rosacea varies substantially from one person to another. In most cases only some of the potential signns and symptoms actually appear. According to a consensus committee and review panel of 17 medical experts worldwide, Rosacea always includes at least ONE of the following primary signs and varioud secondary signs and symptoms may also develop.

Flushing
Many people with rosacea have a history of frequent blushing or flushing. This facial redness may come and go, and is often the earliest sign of the disorder.

Persistent Redness
Persistent facial redness is the most common individual sign of rosacea, and may resemble a blush or sunburn that does not go away.

Bumps and Pimples
Small red solid bumps or pus-filled pimples often develop. While these may resemble acne, blackheads are absent and burning or stinging may occur.

Visible Blood Vessels
In many people with rosacea, small blood vessels become visible on the skin.

Eye Irritation
In many people with rosacea, the eyes may be irritated and appear watery or bloodshot, a condition known as ocular rosacea. The eyelids also may become red and swollen, and styes are common. Severe cases can result in corneal damage and vision loss without medical help.

Burning or Stinging
Burning or stinging sensations may often occur on the face. Itching or a feeling of tightness may also develop.

Dry Appearance
The central facial skin may be rough, and thus appear to be very dry.

Plaques
Raised red patches, known as plaques, may develop without changes in the surrounding skin.

Skin Thickening
The skin may thicken and enlarge from excess tissue, most commonly on the nose. This condition, known as rhinophyma, affects more men than women.

Swelling
Facial swelling, known as edema, may accompany other signs of rosacea or occur independently.

Signs Beyond the Face
Rosacea signs and symptoms may also develop beyond the face, most commonly on the neck, chest, scalp or ears.

The consensus committee and review panel of 17 medical experts worldwide identified four subtypes of rosacea, defined as common patterns or groupings of signs and symptoms.
These include:

Subtype 1 (erythematotelangiectatic rosacea), characterized by flushing and persistent redness, and may also include visible blood vessels.

Subtype 3 (phymatous rosacea), characterized by skin thickening, often resulting in an enlargement of the nose from excess tissue.

Many experience characteristics of more than one subtype at the same time, and those often may develop in succession. While rosacea may or may not evolve from one subtype to another, each individual sign or symptom may progress from mild to moderate to severe. Early diagnosis and treatment are therefore recommended.

Because everyone is affected differently and has different signs and symptoms each person should be treated individually and must be tailored by a physician for your particular case and issue.

There are various oral and topical medications that can be prescribed to treat the external problems such as bumps, pimples and redness often associated. Dermatologist often prescribe initial treatment with oral and topical therapy to bring the condition under immediate control, then following it up by long-term use of topical therapy alone to maintain remission.
There are versions of an oral therapy with low risk of microbial resistance developed specifically for Rosacia, they are showing safe, long-term usage.

Treatments with lasers, intense pulse light sources or other medical and surgical devices may be used to remove visible blood vessels, reducing extensive redness and or correcting disfigurements of the nose. Ocular Rosacea may be treated with oral antibiotics and other therapies.

You should always check with your dermatologist to make certain your routine is compatible with Rosacea. Gentle skincare routines can also help control Rosacea. It is always recommended to clean using mild non-abrasive cleaners, rinsing with lukewarm (never hot) water and blotting face dry with thick cotton towels. NEVER pull, tug, or use a rough washcloth.

There are cosmetics that may be used to conceal the effects of Rosacea. Green makeup or green-tinted foundations can be used to counter redness. Followed by skin-tone foundation with natural yellow tones, avoiding those with pink or orange hues (which will only highlight what you are trying to cover).

Additionally to medical treatments  sufferers can improve their overall chances of maintaining remission by identifying and avoiding lifestyle and environmental factors that trigger flare-ups or aggravate your skin.

FACTORS THAT MAY TRIGGER ROSACEA FLARE-UPS:

The following list was compiled from patient histories by Dr. Jonathan Wilkin and produced by the National Rosacea Society.

Patient with Subtype 2 (papulopustular) rosacea, treated with topical therapy in a split-face study.

Patient with Subtype 1 (erythematotelangiectatic) rosacea, before and after treatment with a pulsed-dye laser. (Photos by Elizabeth Rostan, M.D., courtesy ofCandela Laboratories.)

**If you think your skin fits some of the above symptoms, I am recommending you seek a dermatologist so you are not permanently affected by long lasting issues from this disease.  There is no known cure, but it can be controlled with education and care.

**details from my blog were gained from The National Rosacea Society http://www.rosacea.org/index.php

**DO NOT SELF DIAGNOSE YOURSELF!

top posts that are being read today 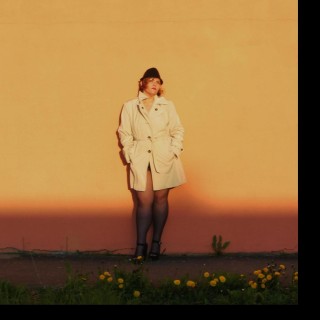 40-something, I am a proud mother to a beautiful daughter, she makes my life better. I'm working at a local Vancouver Shop in the old downtown district, plus doing some mobile esthetics on the side as well. Dating a pretty awesome man... takes good care of me and reminds me that it IS okay to be ME! my favorite quotes: Everything has beauty, but not everyone sees it. ~ Confucius I find that I will never say "never", but, as much as I am a believer in myself and my fairy tale "happily ever after" I know it comes with great challenges... My personal blog speaks volumes of my emotions and things that evoke my passionate side... I hope you will see that it's a part of me... I am ME and I am anxious at times, happy, confident, an amazing woman all the time even when I am under extreme pressure... I come through and find a way... I have learned that time is the biggest bitch for me... and I am learning as I go that all good things have their time and place... I just keep having faith in myself... in what I truly believe is REAL and I hope that my heart leads me in the right path... I only ache for my Real 21st Century Fairy Tale... and I think I deserve my everything...